37 The LORD who rescued me from the paw of the lion and the paw of the bear will rescue me from the hand of this Philistine.”  Saul said to David, “Go, and the LORD be with you.”  38 Then Saul dressed David in his own tunic. He put a coat of armor on him and a bronze helmet on his head. 39 David fastened on his sword over the tunic and tried walking around, because he was not used to them.  “I cannot go in these,” he said to Saul, “because I am not used to them.” So he took them off. 40 Then he took his staff in his hand, chose five smooth stones from the stream, put them in the pouch of his shepherd’s bag and, with his sling in his hand, approached the Philistine.

With summer ending, many of us are also ending our travel and vacation plans somehow.  Many of us are returning home from distant places, especially as the new school year is about to resume.  I hope the summer has been an enjoyable one for all of you and most of all spiritually satisfying in many ways.

Speaking of traveling, I have always dreamed of traveling light – that would be without any baggage to check in, no carry-on, and with just my travel documents in hand [with some pocket money of course].  But alas, that idea has remained a dream.  I simply cannot do it, especially when we’re hauling three young children with us. 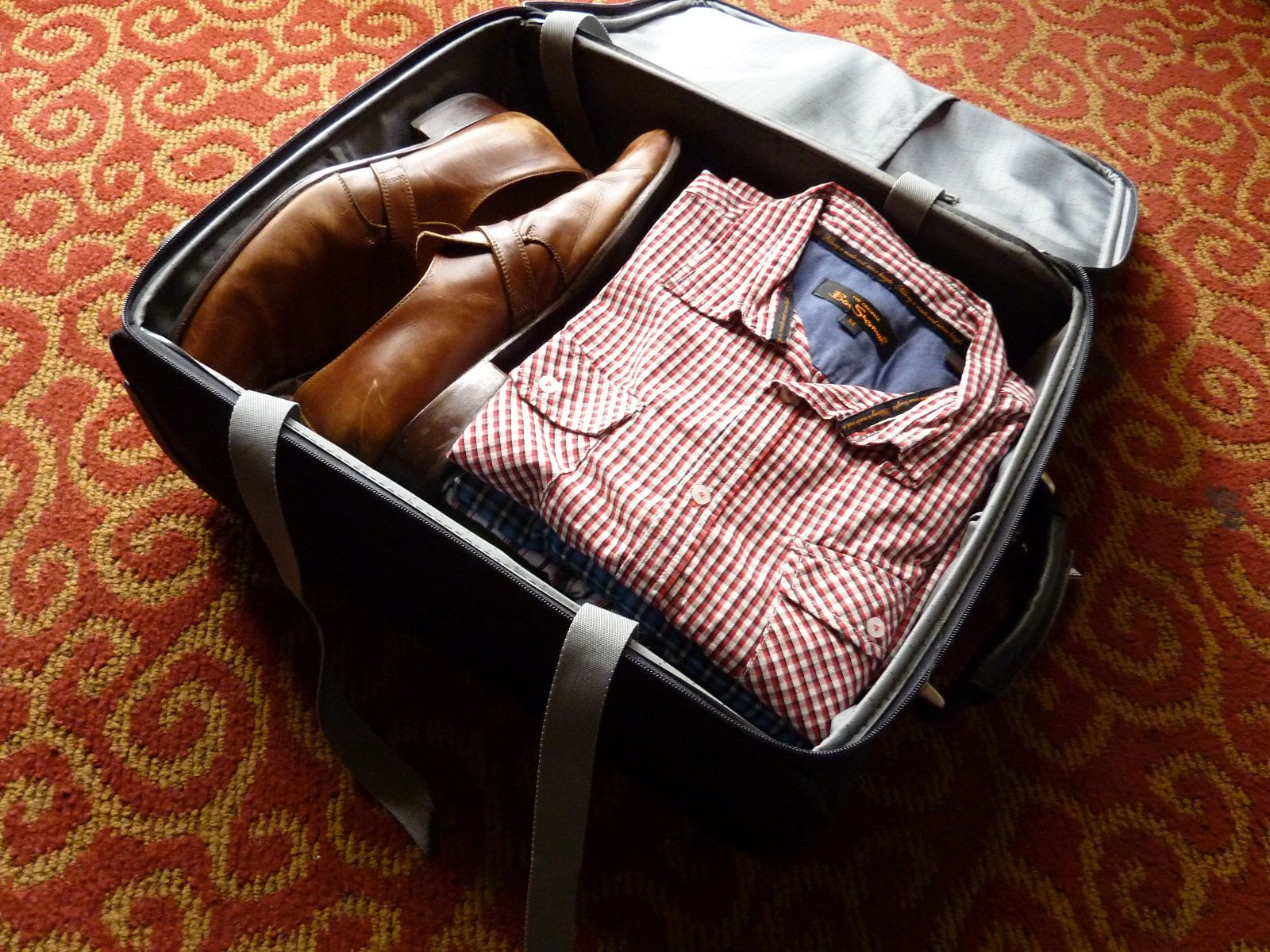 But my wife and I have gotten used to it by now with all the travelling we’ve done.  You can say we’ve got it down to a science. For example, we would tuck away foldable luggage inside a bigger one.  We will then unravel that foldable luggage to contain the items that we buy during our trip.  We bring less clothing and just buy clothes in the city where we’re vacationing.  (So we make sure there’s outlet malls there beforehand!)  We would rather travel with a heavier load [and with more baggage] on our return.  It’s been working for us so far.

It was not the same way with David.  Before deciding to finally confront Goliath, Saul equipped David with the typical soldier’s gear, including a sword as a weapon.  He walked around in it to get a feel of what it would be like but quickly abandoned the idea because the Bible says that “he was not used to them”.

It’s not as if David was not used to fighting.  Earlier in the passage, he mentioned how he fought lions and bears to protect the sheep in his care.  David made it clear that it was not with the weapons crafted by men that gave him success in fending the beasts that threatened his flock.  It was God – the same Lord whom he declared will rescue him from this defiant giant.

David could not afford to be weighed down in battle by heavy armoury.  He had to rely on how God had taught and trained him through experience.  The weight of man’s weaponry can just prove to be an obstacle for him.  Thus, he fought the beastly Philistine lightly armoured but armed heavily in faith, and he triumphed.

What Goliaths in your life have you been confronting lately?  Have you been using the weapons of a savings account, the expertise of a professional, the counsel of a trusted friend, or knowledge of your own training to wage war against these personal battle fronts?  Learn from David that “the battle is the Lord’s”….always!

The first step to imminent victory against the trials we face is to surrender the struggle to God.