22 Paul then stood up in the meeting of the Areopagus and said: “People of Athens! I see that in every way you are very religious. 23 For as I walked around and looked carefully at your objects of worship, I even found an altar with this inscription: TO AN UNKNOWN GOD. So you are ignorant of the very thing you worship—and this is what I am going to proclaim to you.

24 “The God who made the world and everything in it is the Lord of heaven and earth and does not live in temples built by human hands. 25 And he is not served by human hands, as if he needed anything. Rather, he himself gives everyone life and breath and everything else. 26 From one man he made all the nations, that they should inhabit the whole earth; and he marked out their appointed times in history and the boundaries of their lands. 27 God did this so that they would seek him and perhaps reach out for him and find him, though he is not far from any one of us. 28 ‘For in him we live and move and have our being.’ As some of your own poets have said, ‘We are his offspring.’

The discipline of science has done nothing much to explain the nature of God.  Many scientists seem to have gone the opposite way and discredit His very existence.  Notice that I didn’t say science is at fault here [but rather the exercise of it and those who espouse it] because science is designed by the very Architect of the universe.  As such, you can say that creation cannot in itself bring into disrepute its Creator but rather it strongly affirms not just His being but also His character.

On October 31st, while many will be celebrating Halloween, we as a church at GCF Peel, will be infiltrating the ranks of society, as Christians should, to present and proclaim the gospel message in a world that’s been dealing with pain, death, and destruction for far too long.  We are doing that through an emphasis of Jesus Christ’s role in Creation.  We will be doing that by worshiping our God who is the giver of life.  Halloween focuses on death and gore.  The Christian message is about life and grace! 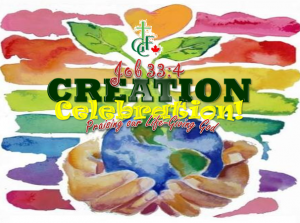 While many claim that everything around us came about as random acts of nature, we will tell those in our community that nature came by design.  Creation celebrates each day because a divine Creator is behind it.  Creation points to the handiwork of the Almighty God who fashioned it with intention and purpose.

Just read these amazing things about the nature around us[1]:

Still think of yourself as an accidental act of nature or as a purposeful creation of an Almighty Creator who sees you as precious to Him?  Think then thank Him!